I love serving a spiral ham over the holidays- it's so convenient and delicious. Already cooked and sliced means that I can put out a holiday meal with little fuss.  For our family, a holiday ham is all about the glaze.

There are so many delicious ways to glaze a holiday ham, but for me, the pre-made packaged glaze is always too cloyingly sweet and full of ingredients I can't pronounce. Creating your own glaze at home allows you to add that extra pizzazz and flavor your ham just the way you like it. A glaze also adds texture and creates an appealing appearance to a holiday ham. 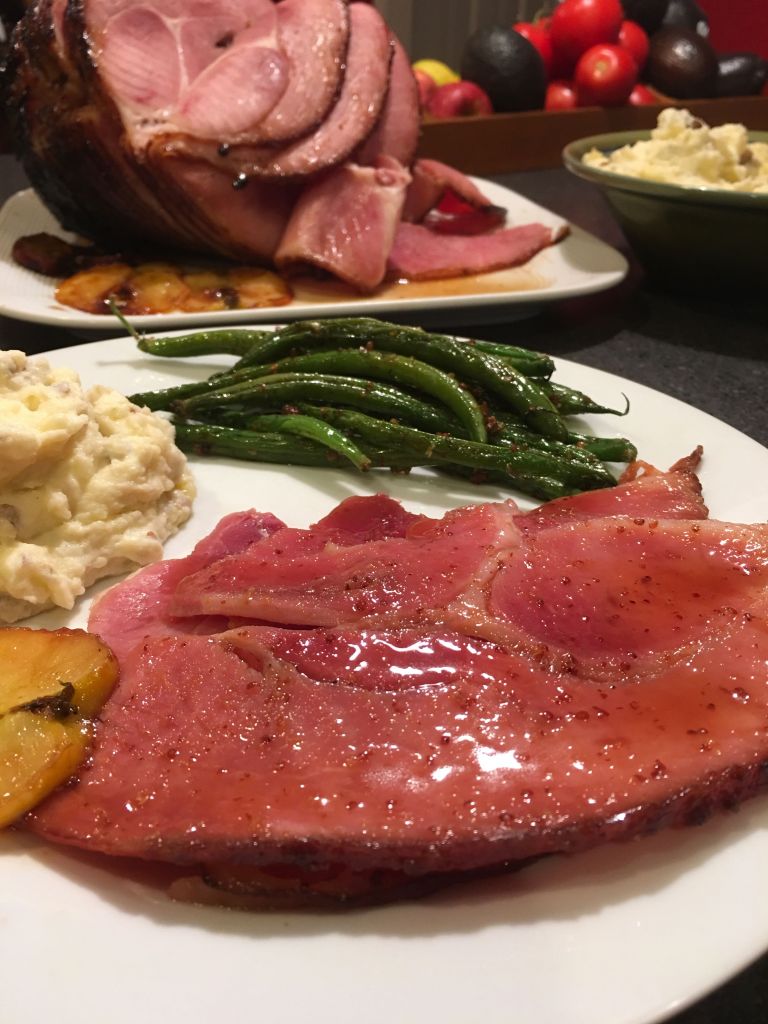 Try this seasonally inspired Maple Apple Cider Glaze on your ham this holiday season. It's packed full of flavor and elevates your ham to holiday-worthy status.

I wanted to show you how to make a spiral ham in your Ronco Rotisserie Oven- but the same recipe and instructions will certainly work for an un-sliced ham. It just depends on where you want to put in the effort, cutting it after it's warm or tying it up beforehand.

When serving a bone-in ham, plan for 1/2 pound  to feed each person. 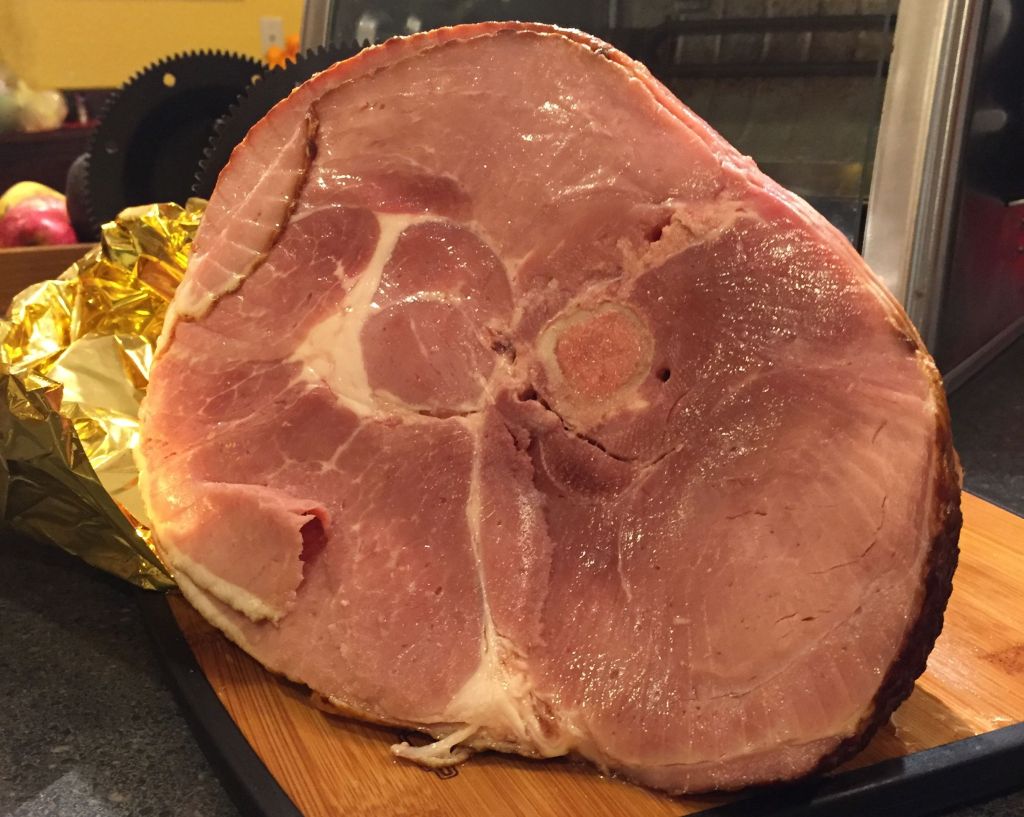 2. Use 5-6 Ronco Rotisserie ties to secure ham. Tie rotisserie ties lengthwise tightly, allowing them to meet at the skinny part of the bone area like a bicycle spoke (as pictured). Make sure the ties are nice and tight to hold the spiral cut pieces in place.

3. Place ham onto rotisserie spit, avoiding the bone and as balanced between the two spit rods as possible. This may take a few tries to figure out where the bone is. Place into rotisserie with the heavier side of the ham to the right on position B for a 9-10 pound ham*. 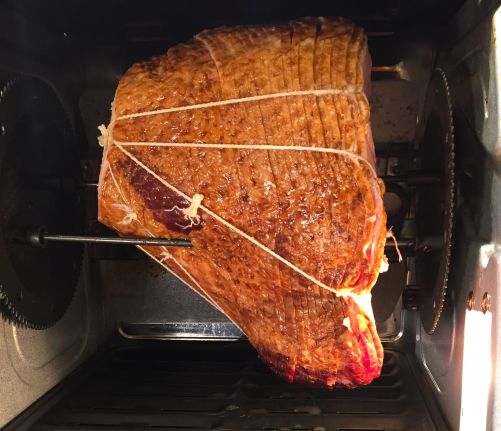 4. Set rotisserie timer allowing for 12-14 minutes per pound, then prepare glaze. For a ten pound ham, you should expect about 2 to 2 1/2 hours of cooking time- depending on the size of the bone and the starting temperature of the ham. 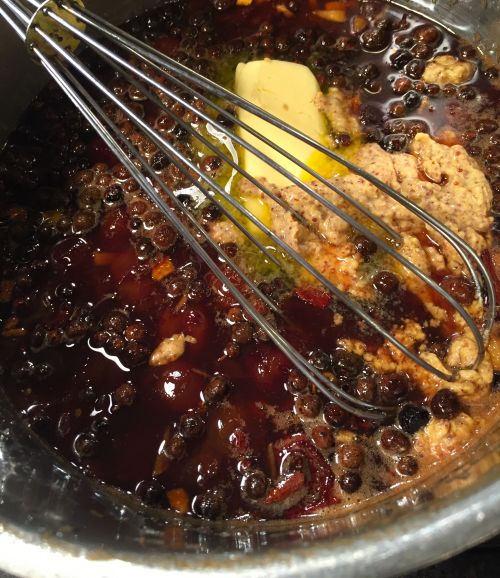 2. Allow mixture to come to boil over highest heat and allow to boil for about 15-20 minutes to reduce. If the mixture begins to boil over, remove from heat and lower stove top just a bit before returning to reduce. Reduce to about 1 cup of liquid.

3. Remove from heat and whisk in butter and mustard.

1. When your ham has about 30 minutes left- at about 110°F  to 120° F, use a pastry brush to generously brush ham with glaze. I like to do this while the ham is still rotating.

4. Strain any left-over glaze and serve with ham.

*All hams are shaped differently. You may have to use position A on your rotisserie if your ham is extra large. You can also brush it with a little water if there are any "hot" spots on the ham.

*Mulling spices are generally available this time of year in most markets. They are a combination of crushed cinnamon sticks, cloves, allspice, and nutmeg; and less frequently star anise, peppercorn or cardamom.

Leftover ideas are endless with a spiral ham. Quiche, sandwiches, soup, or casseroles!